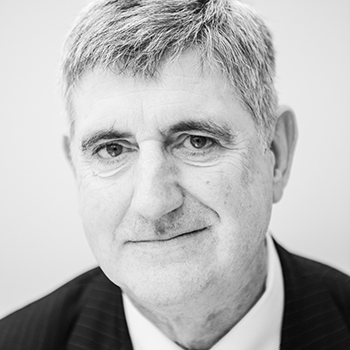 TONY SMITH is a global expert in border management and security.

Tony retired as Director General of the UK Border Force in March 2013, after completing over 40 years’ service in the UK Home Office.

Tony (full name Anthony John Smith) was awarded the prestigious title of Commander of the Order of the British Empire (CBE) in the UK New Year’s Honours List 2013, for his services to the safety and security of the London 2012 Olympics. Upon his retirement, Prime Minister David Cameron said “I have no doubt that all you have achieved will serve as a fitting legacy to your long and distinguished career.” Home Secretary Theresa May said “Your commitment to our border security has been exemplary and your knowledge and experience have not only been invaluable to Border Force but have been recognised around the world.”

Tony is now a global border security consultant, Managing Director of Fortinus Global Ltd, and chairman of the International Border Management and Technologies Association (IBMATA). He is a regular commentator on UK national TV radio and news channels on border and aviation security; and chairs international conferences and expert panels on various aspects of border control including integrated border management, multiple borders strategies, automated border controls and identity management at the border.

Since retiring from government service, Tony has provided strategic and operational advice to senior officials and Ministers on modern border management techniques and immigration reform programmes and strategies in Australia, Malaysia, Canada, and the United Kingdom. He is also on the UKTI list of expert security adviser s, supporting the GREA T campaign to e xport British e xcellence in his field. 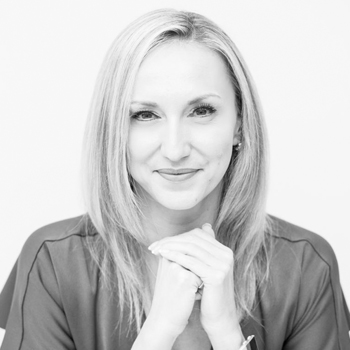 Sharon Ayley is a founding member and Executive Director of the International Border Management and Technologies Association. Sharon is responsible for member liaison and engagement, and development of IBMATA communication platforms.

Sharon has been working in the Border Management industry since March 2013 when she became a Director of Fortinus Global Ltd, a border management consultancy company, alongside Tony Smith CBE. She brings with her a wealth of experience in sales and marketing having previously worked as a National Account Manager in the banking sector. 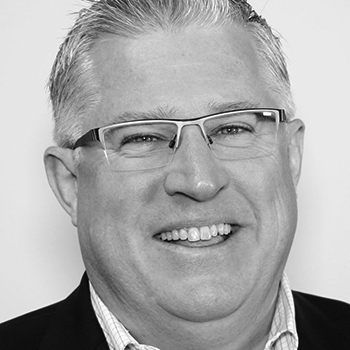 Steven Grant began his career in government procurement with the Canadian Federal Government in Ottawa. This was followed by one year in international procurement as a professional staff member with the United Nations Peacekeeping Mission in Cambodia. Management postings followed in Singapore and then Switzerland with a Dutch-Swiss manufacturer of uninterruptiple power supplies. Upon returning to Canada, Steve worked for several years with AiT and 3M Canada in the field of border security and passport issuance systems.

Steve currently works for WorldReach Software based in Ottawa, Canada where he is their Director of Business Development.  He has extensive experience in identity document systems, border security, consular management software, civil registries, voter registration and biometrics.  Over the past 18 plus years he has worked as a subject matter expert with multiple international organizations and governments.

In 2018 he was appointed as the Non-Executive Director of Stakeholder Engagement with the International Border Management and Technologies Association (IBMATA).  Steve is also member of the ICAO Implementation and Capacity Building Working Group of ICAO where he supports deployment of standards-compliant passport and border management technologies.

Steve has a degree in Electrical Engineering from the University of New Brunswick in Canada and he is a licensed professional engineer in Ontario, Canada.  He is fluent in English and French, but continues to struggle in Italian and Spanish.

Andy Smith has been delivering IT and Telecommunications solutions to the aviation sector for over 20 years. Joining SITA in 2007, Andy has focused on driving innovation and collaboration for airlines, airports and government bodies.

Since 2012 Andy has represented SITA’s Government, Security and Border Management business. In addition to promoting the effective use of passenger data, pre-clearance, risk assessment, border management and biometric solutions, Andy continues to champion the collaboration of all stakeholders within the transport industry, with a focus on the passenger experience. After 5 years concentrating on the European market, Andy now supports SITA’s global teams as Subject Matter Expert for Border Management, Immigration and Security solutions.

Andy has a Bachelor of Science Degree from De Montfort University (Leicester, UK) in Physics with Management Science. He is based in London. 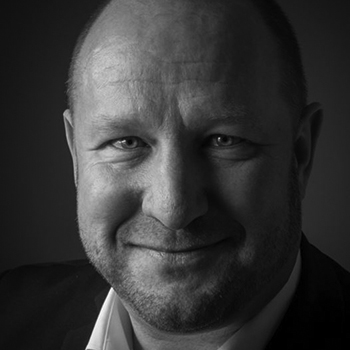 Lars Karlsson is CEO and Managing Director of KGH Global Consulting. KGH is an international border consultancy company with 750 experts in 40 offices in 12 countries. KGH has Government clients in more than 50 countries and more than 14.000 private sector clients, from multinationals to SMEs.

Lars Karlsson is also one of the most well-known customs leaders in the world and has an extensive background over three decades in Customs and international trade policy. Mr. Karlsson has outstanding experience from Government capacity building, private sector consulting, research, reform and modernization.

Before joining KGH, Mr. Karlsson was Director of the Word Customs Organization (WCO) and prior to that Deputy Director General and Managing Director of Swedish Customs. As the first Director of the WCO Capacity Building Directorate Lars Karlsson lead the work of developing and implementing the SAFE Framework of Standards and the Columbus programme, as well as introducing WCO programmes like e.g; the PICARD Academic programme, e-learning and leadership development programme.  During his time in Swedish Customs he was the architect behind the Authorized Economic Operator concept, the first AEO model and the first Single Window. He has worked with AEO design, development and implementation in 45 countries.

He presently serves as Senior Advisor on Customs and Security matters to Governments in more than ten countries, including Australia, Brazil, Saudi Arabia, UAE the United States.

In 2017 Lars Karlsson was commissioned by the European Parliament Constitutional Committee to write a report on technical possibilities for border solutions in the post-Brexit environment: SmartBorder 2.0, what is now the basis for the UK so called MaxFac Border solution. Since then he has also testified about the report and how to design the future UK-EU borders to the UK House of Commons, Exiting the EU Committee and to the UK House of Lords, External Affairs Committee.

Lars Karlsson has written several books and academic articles on Customs and Trade topics. He is a respected speaker and conference chairperson, having visited 164 countries and have worked in 120 around the world.

In 2001 Lars Karlsson received Her Royal Highness the Swedish Crown Princess’ Gothia Prize for the best innovation of the year. In 2003 Lars Karlsson was nominated as Swedish Manager of the Year.

In 2016 Lars Karlsson was awarded a Doctor of Education (Honoris Causas) by Charles Sturt University, Australia. 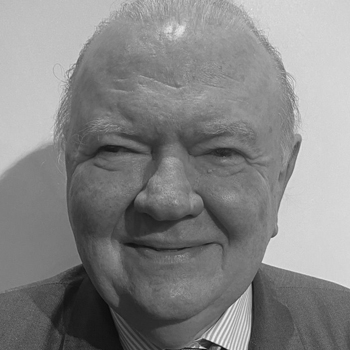 Ian Neill is an expert on Border Systems and has been at the forefront of the development of international passenger data standards. Ian has over 35 years in border management having delivered Border systems for the UK and advised other governments on the development of their systems.

Ian has held a variety of senior roles in the United Kingdom Border Force, including leading Heathrow as well as holding a variety of posts in the criminal and enforcement arena. He was responsible for spearheading the development of the worldwide Airline/Immigration Liaison Officer network. Ian was responsible for the UK’s Project Semaphore, the first EU state to capture passenger data automatically, he established the UK’s targeting centre. The Joint Border Operations Centre, which evolved into the National Border Targeting Centre.

Ian has worked widely with industry having chaired the International Air Transport Association’s Control Agency Working Group and Passenger Facilitation Working Group. Together with Australia, Canada, the USA, IATA, and the airline industry he delivered the new passenger data message standard PNRGOV as a free to use product for governments and carriers. Ian was the UK’s representative on the Frontex research and development board and has contributed to work on analysis of passenger data and Automated Border Controls. He has worked as an advisor to The International Civil Aviation Organisation’s facilitation panel and is a regular contributor to work on travel documents. As part of the World Customs Organisation’s Contact Committee he has played role in ensuring clear guidelines on the implementation and use of both Interactive and standard advance passenger information have been agreed between IATA, ICAO, WCO industry and governments. Ian is a member of the Global Initiative against transnational and organized crime and continues to speak and moderate at international events on data and border security and has provided advice and support to a number of governments since leaving the Home Office in 2014. 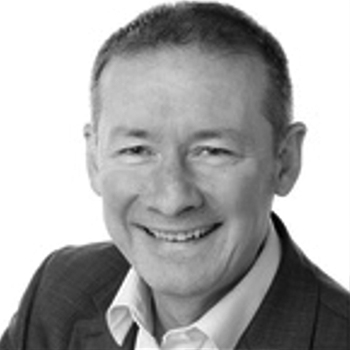 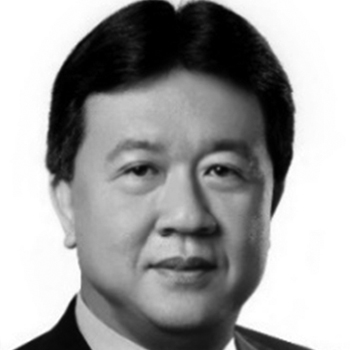 Mr Yeo’s domain expertise includes border security, cross-border travel for people/goods, immigration/passport, identification, biometrics and training & learning. He also has experience in leading and driving governance, organizational excellence, enterprise risk management, transformation, and the use of technology as an enabler and digitalisation efforts.

As Commissioner ICA, Mr Yeo developed a future-ready, technology-enabled and digitalized ICA offering innovative solutions in border security and identification. ICA played a key role in Singapore’s border security during a challenging global security landscape shaped by terrorism. He was instrumental in spearheading the BioPass project which led to the successful public launch of Singapore’s first biometric passport in August 2006. The Singapore passport is held in high regard internationally. Under his leadership, innovative e-services and e-appointment systems as well as biometrics-enabled automated checkpoint clearance for various modes of travel were implemented and received international and national awards and accolades.

Under Mr Yeo’s leadership as Chief Executive, the Home Team Academy has transformed into a leading corporate university in homefront safety and security. He also spearheaded the organisation’s strong support for Singapore’s efforts against COVID-19. HTA received 16 national and international awards and accolades during Mr Yeo’s tenure as CE HTA. For example, the Home Team Simulation System is now a recognised world-class training simulation system and it received a regional award – Govlnsider Innovation Award (Best Risk Category) – in Oct 2019 for its innovative approach to training HT leaders and officers.

As a recognized thought-leader on border-security, identification and biometrics technology, Mr Yeo has been an Advisory Board Member of the International Boarder Management & Technologies Association (IBMATA) since 2019.